Guide to Interior Designer Fees30 May 2017 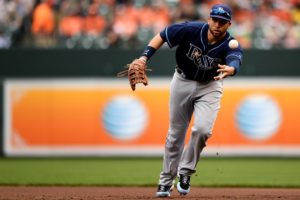 Do you ever wonder what it is like for an athlete to play in multiple cities throughout their career? Do they just show up in a different city and everything is ready and set up upon their arrival? It is difficult to comprehend the vast amount of effort and energy it takes to move so often. Most people may move several times in the entire course of their lives, often times not leaving the city they grew up in . For many athletes, constantly moving is a part of the profession, and a task often times left to their partners and/or a team of individuals whose careers revolve around these moves.

I have personally experienced this lifestyle and was inspired to begin my company largely because of the countless moves I have made and the invaluable experience I gained while doing so. In the past two years alone my husband has played for 6 teams in 6 different cities. In 2016 we moved a total of four times, to four different cities.

Every time an athlete plays for a new team in a new city they have to find housing and furniture. Depending on the nature of the deal they have in place they may choose to either rent furniture or buy. Often times this has to be accomplished in a matter of days. Finding a home online, without seeing it, and furnishing it before you arrive into the city can be very chaotic. Being able to find local furniture vendors in a city where you do not know anyone can be quite challenging as well; a skill that I have mastered over the past five years.

The other challenge professional athletes and their families face when they are forced to move to a new team, is what to do with their “off season home”. You may be asking yourself what is meant by an “off season home”? Well, this is the city that a player and their families choose to occupy in the “off season”, when they are not playing. Often times this is where players purchase their homes, instead of renting. Due to the instability of an athletic career, many treat this off-season home as their personal sanctuaries, a space they can design to their liking.

When a player signs a long term deal in a new city, the question becomes whether or not they sell their off seasons home, and purchase in the city they play for, or keep the home. So many factors are involved; and it is a furnishing, remodeling, selling, buying, renting fiasco.

You must develop a discerning eye and be able to purchase or rent a home you have only seen online, as well as being able to decipher the quality of the interiors with only photos. Of course it is ideal if you can see the space in person first, but you usually don’t have this much time to spare. I am extremely sensitive to my surroundings, so I was very particular about the space we occupied; making it even more challenging but an adventure to say the least!

I hope this provided some insight into the life of a professional athlete on the move! Come back and visit soon!

Design by Nadia is a full service residential interior design firm,
that provides guidance to both high end residential or room by room projects,
as well as boutique commercial spaces.